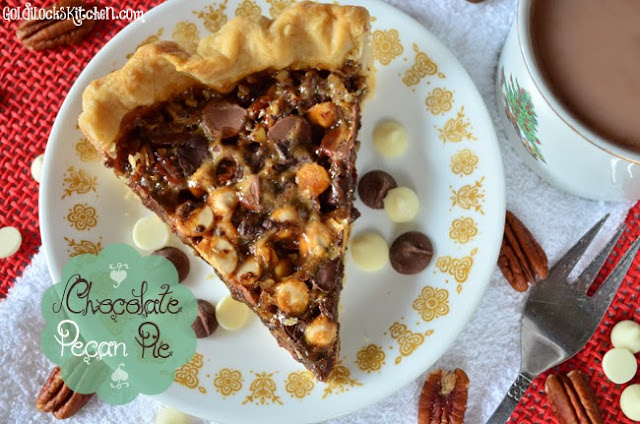 Holiday pie made from scratch? There is rarely a thing in the world more delicious or rewarding!
I am the type of person who feels chocolate can make anything better, especially pie :0) Adding chocolate to Pecan pie just takes it to a whole new level! Plus a dollop of Caramel whipped cream on top puts this pie over the top. (See recipe below.) It’s the perfect complementary flavor for the pecans and the caramel matrix in which they lay. 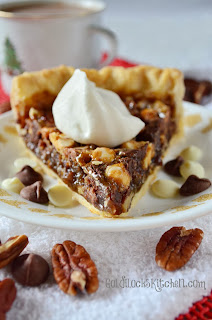 I will never forget the first time I had a slice of Pecan pie. It was just after I had moved to Kingston, Ontario Canada. Some friends of mine had me over for a lovely dinner. Afterwards, I was offered a piece of pee-can pie.
“What’s that?” I said.
My friend stared at me for a moment with eyebrows raised.
“You’ve never heard of pee-can pie before?!”
“No, I really haven’t. I’m thinking it must be a Canadian dish?”
“I’m pretty sure people from the states eat it too…here, try it.”
She place a slice of Pecan pie on my plate. Boy I felt stupid then!
“Oh!” I said. “Pecan pie! I was totally confused~ you guys just pronounce it differently here, ha ha, My bad.”
I was mentally kicking myself the rest of the evening; feeling so stupid for not picking up on that! And I guess some in ‘the states‘ pronounce it that way too :0) Even as I ate the pie that night, I decided I wasn’t a huge fan of Pecan pie. I’ve just never been one to love nuts in my food. (Unless it’s chocolate cashew or peanut clusters, I love them! See there’s that whole adding chocolate to stuff makes it better thing :0) 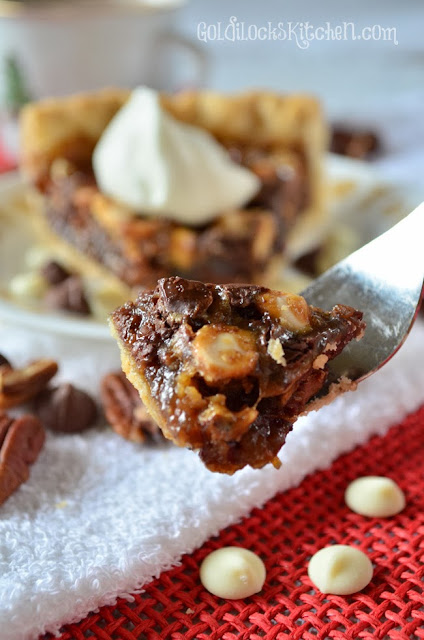 Anyway, I naturally gravitate towards the chocolate pies during the holidays or whenever I have a choice of pie. So when I was watching an episode of Cake Boss on Netflix and saw them making Chocolate Pecan Pie (among other pies), my curiosity was piqued. I’d never herd of chocolate pecan pie before. I had to try it! And there, in one of my baking books I found a recipe for it. Bada-bing, bada-bang, bada-boom! After I tasted the first bite I wanted more and more!

I also think I enjoyed this pie so much because the pecans are roasted in the oven, softening them a bit and adding a new dimension of flavor. They are also chopped, which texture I preferred to whole nuts. Plus, adding in three different types of chocolate, semi-sweet, milk and white really was a delight for my taste buds. An important note: an instant read thermometer is essential to creating this pie. If you don’t have one, see if you can borrow one from a friend!

Want to know a great trick for creating a gourmet pie? Flavor your whipped cream topping! Yes, a simple but delightful addition of flavored whipped cream can complement just about any pie. I love Caramel flavored Whipped Cream on my Pumpkin and Pecan pie. Whip it up just before you are ready to serve your slices. Find the recipe following the one below for Chocolate Pecan pie.

A delightful change from the usual pecan pie, with several types of chocolate nestled among the caramel-like filling. Try a slice topped with Caramel Whipped Cream. 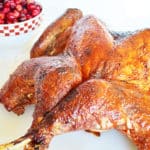 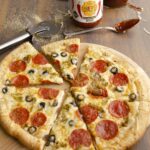 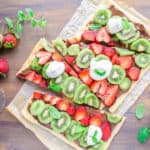 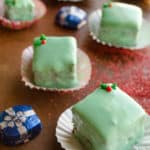 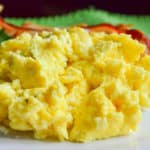