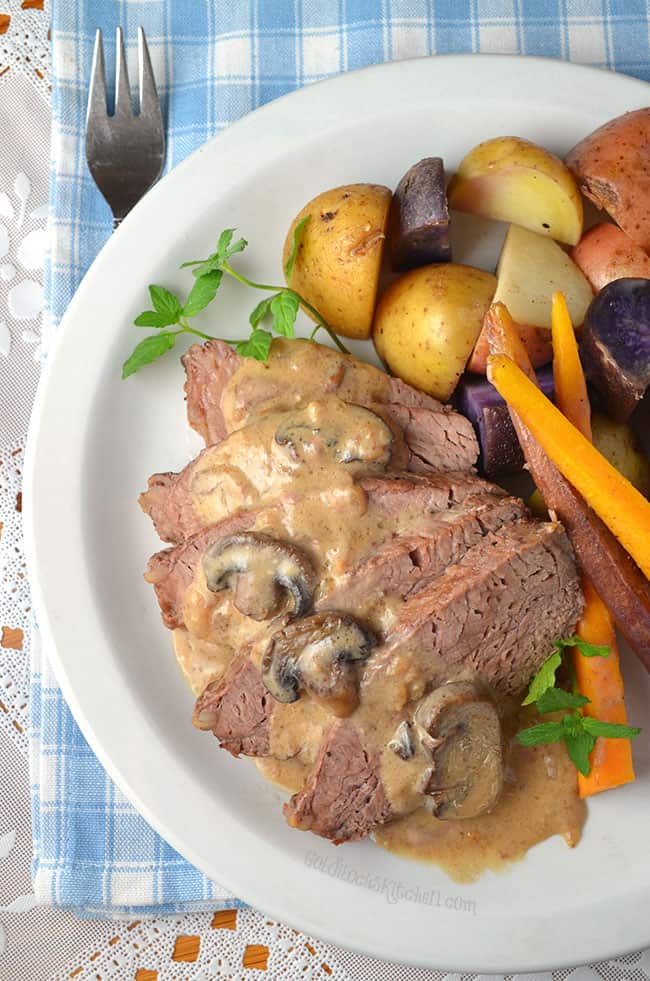 This Magic Slow Cooker Pot Roast is just that-magically delicious! (There are no Lucky Charms in this recipe…)

I used to think that the slow cooker was an easy way to great food. Just throw in all the ingredients and whaa laa! As I’ve become more educated in the world of culinary arts, I have realized that in order to get food that tastes really good from a slow cooker, most of the time there is some effort required in the preparation of ingredients beforehand. I have learned that no matter the recipe for pot roast, searing or browning the outside of the roast before slow cooking is necessary for outstanding flavor. The same goes for this recipe as well. But what’s nice about this recipe is that’s about it. Just a few store bought ingredients mixed together to create superior flavor! 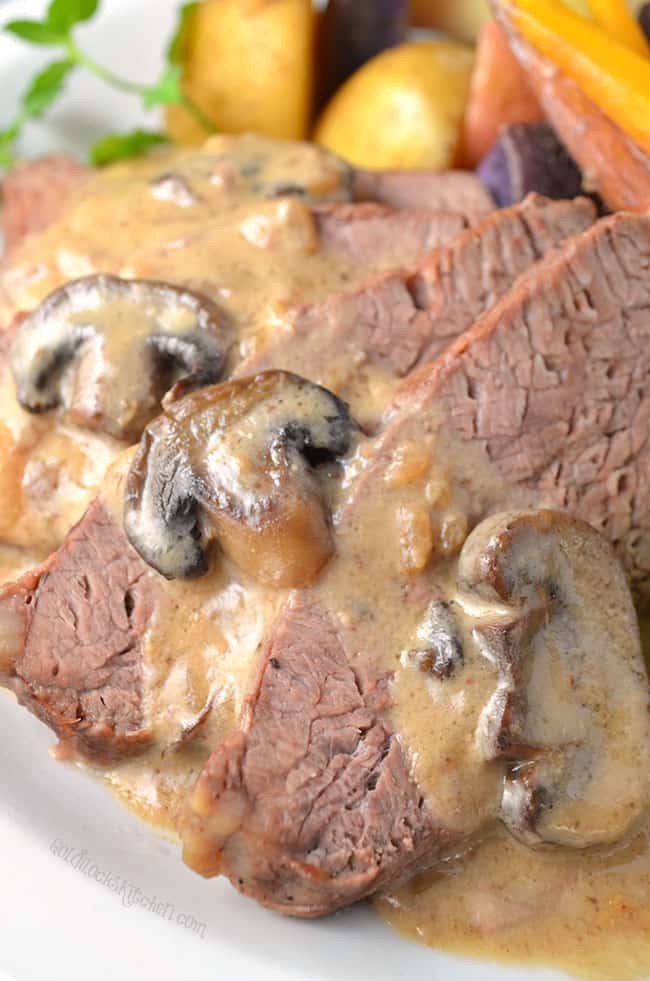 I always get rave reviews when I serve this recipe to guests. A couple of simple cooking tricks elevates this roast to something special. Trick one is searing the roast in the same skillet you used for the mushrooms will allow the roast to pick up the mushroom flavors left in the pan. Trick two is collecting all that amazing flavor sticking to the bottom of the skillet and adding it to your slow cooker. At the end of the day you have an amazingly delicious meal waiting for you. Don’t you love recipes like that? With three young kids to take care of, I sure do! 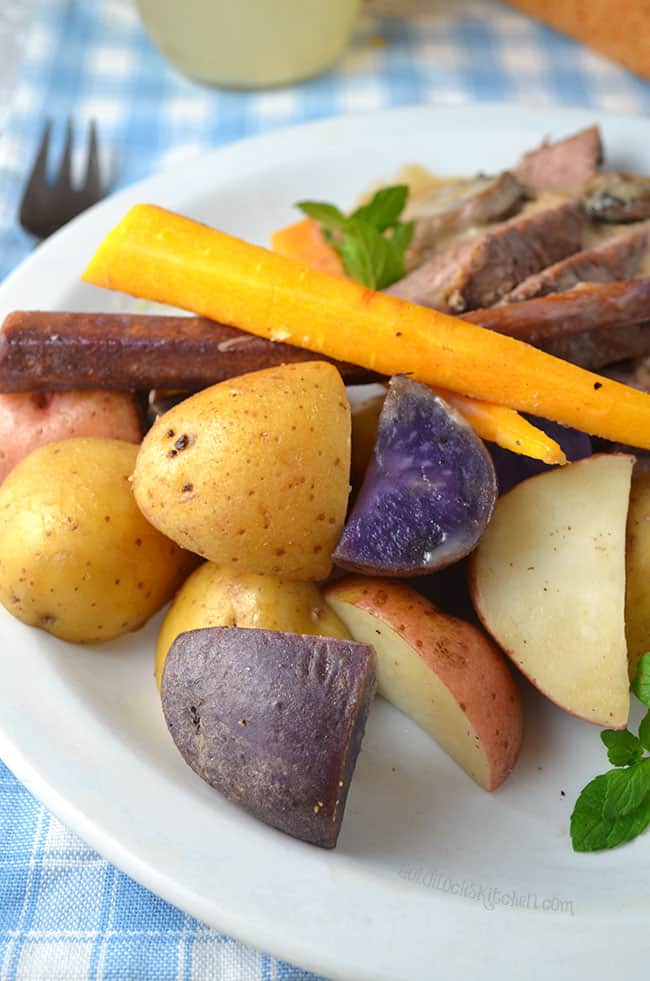 The potatoes in this recipe are optional, but I like to throw them in so that I have a complete meal ready at the end of the day. For these photos, I used a bag of mixed potatoes, and a bag of colored carrots, both purchased at Trader Joe’s. They cook right in the savory gravy in the slow cooker. I’d love to hear your thoughts and comments on this recipe~ especially if you try it!

This incredibly delicious beef pot roast will quickly become your favorite family sunday dinner because it’s so easy to prepare and so amazingly delicious! Seasoning and searing the meat before adding it to the slow cooker, along with including the browned bits stuck to the bottom of the pan into the gravy mixture really sets this recipe apart from the rest! 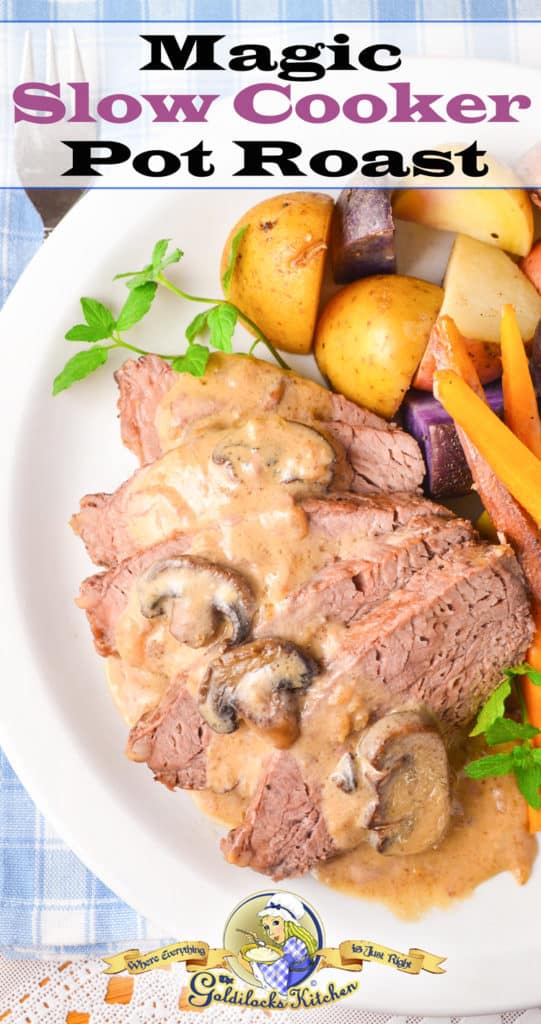 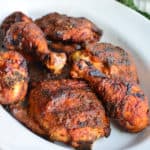 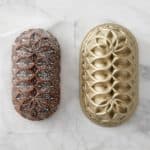 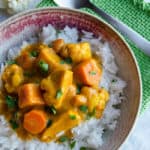 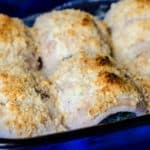 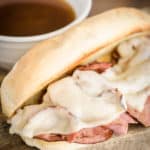