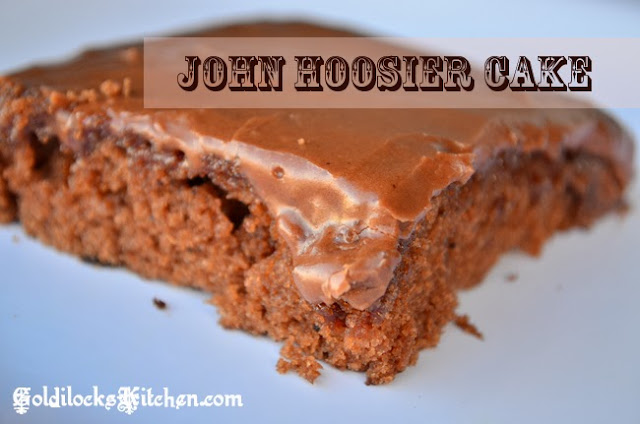 My husband and his family grew up eating Texas Sheet Cake, but they never called it that because they didn’t KNOW that it had other names. It was always “John Hoosier” cake. It has been handed down through at least 4 generations in our family, possibly more; always referred to as John Hoosier cake. Who is John Hoosier you ask?

When this recipe was given to me by my mother-in-law I asked her the same question, and she had no idea! I always wondered about the name every time I made this classic Sunday dessert. But then I would get busy making it, eating it, and then the distractions of life would call my thoughts another way. I imagine one of my husband’s ancestors from Indiana brought the recipe to Southern Colorado with the re-settlement of Mormon Pioneers in the 1870s. 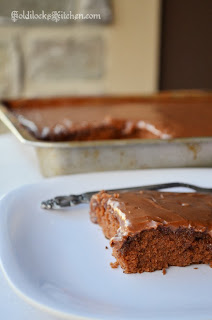 I expected to find some notable ‘John Hoosier’ from antiquities in my internet searching that did something or was something, that would cause a simple but delicious cake to forever bear his name. I could not find any notable ‘John Hoosier’ in history. However, the moniker ‘Hoosier’ is well known to local southern Indiana residents and is said to originate there in the mid to late 1800s. The term then, some would argue, was used for various simple folk from dock workers to backwoods-type immigrant settlers. Some think that it started when they would yell out “who’sh’ere?” So as not to shoot a friend or family member approaching in the forest :0)

As the years progressed into the early 1900s if you were called a Hoosier it was not a nice thing to say; more like saying you were a lazy redneck! Well now, hold on just a minute! I do recall Grandma Kreps referring to this cake as ‘a poor man’s cake’. So we’ve come to the answer to the question: the cake’s not named after a person, but rather it’s a label for a poor, backwoods redneck cake!

The history of chocolate cake in the U.S. is quite interesting. Cocoa powder and chocolate didn’t show up until the 1800s in America, and it wasn’t widely used in baking until the end of the 1800s. Early Chocolate cakes were given some pretty interesting monikers because of their reddish-black color. That’s where terms like “Devil’s food”, Hoosier, Black Joe Cake, Black John, Morganza, Oxblood cake came from. I recently came across a fascinating book called American Cake, by Ann Byrn. I would highly recommend picking up a copy to learn more about the history of cake in America!

The cake is made with buttermilk (sour milk), a traditional old-time family’s milk. After milking the cow the fresh milk was left to sit for a time so the cream could separate and be skimmed off for churning butter. The remaining milk usually had soured a bit. Nowadays you can purchase cultured buttermilk, in which bacteria are added to create the tart flavor. 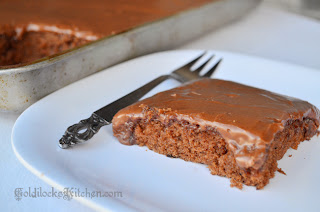 When I received this recipe I was informed that there’s an easy substitute for buttermilk if you don’t have any handy. Adding 1 and 1/2 tablespoons of apple cider vinegar to one cup of milk will curdle it and give a similar tartness. I made it using this method many times and the cake is wonderful! So moist and flavorful. Honestly, I’ve made this twice with store-bought buttermilk and it tasted so bland! The ‘substitute buttermilk’ wins hands down for my family as being the tastier cake, and I won’t make it any other way.

Here’s the recipe for you to enjoy, whatever name you may choose to call it, and may it become a family favorite for your go-to easy and delicious Sunday night dessert! Top off a hot slice of frosted cake with a scoop of vanilla bean ice cream. Those old-timers may have been poor but they sure knew how to make the best of it! :0) 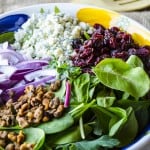 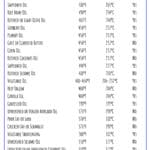 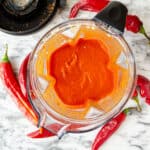 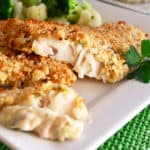 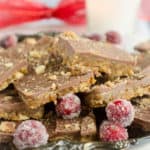