You are here: Home / Main Dishes / What is Indian Fry Bread Made of?
Jump to Recipe·Print Recipe

This post has kindly been supported by The Hatch Chile store and may contain Amazon affiliate links. All thoughts and opinions are my own.

Growing up in New Mexico I ate a lot of fry bread. I still clearly remember the first time I took a bite of Indian frybread as a child at the Jemez Pueblo. It was pure joy in my mouth; all drizzled with honey, crunchy, yet soft and warm, and absolutely delicious.


But what is Indian Fry bread (or frybread) made of? Indian frybread is a simple dough made from flour, baking powder, salt, and some type of fat in the form of lard or oil. The dough is shaped into a large thin circle, then deep fried in oil. Individual tribes each have their own slight variations; some tribes will add milk, some will add water, some use powdered milk and water, or some will use a different type of fat in the dough.

How was fry bread traditionally made?

Tribes all across the western US have been making frybread ever since the governmet ration days of the late 1880’s, and it has now become a cherished symbol of Native American pride; frybread competitions at large pow wow’s is a common and well attended occasion.

Traditionally, mixing the government rations of flour, water, salt, and lard together to make bread dough is how frybread came to be; necessity is the mother of invention. There were no tables or rolling pins around to shape dough- so the women became good at shaping the dough by hand and cooking it quickly in hot oil instead of baking it. This traditional way of making frybread is still practiced today and is passed down through the generations.

In the 1860’s Native American forced off their ancestral lands and into forts and reservations were given government rations of flour, coffee grounds, sugar, lard, and salt. At first, the natives didn’t even know what to do with these new and unfamiliar foods – some swallowed large quantities of oil or ate dry coffee grounds and raw flour- ending up very badly for some. Frybread saved many from starvation, but at a severe cost.

Some may wonder- is frybread healthy? The answer is no, frybread is not healthy. Some dinner plate-sized fry bread servings can be up to 700 calories, and also full of saturated fat. It was the survival food of the indigenous for many years, and it has now become part of the culture despite some native Americans speaking out about the negative health consequences of eating too much frybread and not enough vegetables and fruits.

Why do natives make fry bread?

Frybread is a symbol of both oppression and perseverance for Native Americans; frybread originated from the rations of flour, oil, and baking powder (or other leavening agents) that were handed out to tribes in the late 1800’s who were forced to leave their homelands and live where they could not grow enough food. A lovely Navajo grandma explains in depth the origins of traditional frybread in this video if you’re interested in learning more.

What is a Navajo Taco?

A Navajo taco is a large piece of indian frybread topped with beans, meat, chile sauce (red or green), cheese, chopped lettuce, tomato and any other fixings that are commonly found on tacos.

The invention of the Navajo taco is a much more uplifting story than the invention of frybread, and happened quite by accident in the 1960’s. A Navajo man by the name of Lou Shepard invented the ‘Navajo taco’ late one evening as a very hungry friend came into his restaurant in Window Rock, AZ.

When Lou asked what his friend would like to eat- he told him he wanted to be surprised. So Lou grabbed what he hand on hand, which happened to be a piece of frybread, and topped it with some beans, cheese and red chile sauce. He sprinkled some chopped salad on top and served it to his friend, who devoured it as the best thing he’d ever eaten.

Word quickly spread to friends and family about this new food and thus the Navajo taco was born!

I thought it only appropriate that I share a delicious Navajo taco recipe with anyone curious enough to read through this article and learn about frybread. Today Navajo tacos (or Apache tacos or Pueblo tacos) are traditionally served with Hatch red or green chile sauce, along with the other toppings mentioned above. I love the way a Navajo taco tastes with mild red chile sauce, so I included that in the recipe below.

How do you make Indian Frybread?

Start out with a large mixing bowl and add flour, baking powder, salt, and some lard.

Cut the lard into the dry ingredients with a fork or a pastry cutter until no large clumps remain.

Pour in the milk and stir to combine a sticky dough.

Roll the dough onto a heavily floured surface and knead until smooth and no longer sticky, about 5 minutes, adding more flour as needed to keep the dough from sticking. Divide into palm-sized balls of dough.

The easiest way to shape this dough for beginners is to just roll it with a rolling pin. It takes a lot of practice to shape it the traditional way with finger-pulling and wrist slapping. There is no shame in using the rolling pin!

Heat frying oil in a large deep-sided skillet to 350 degrees F. Lower one dough round into the hot oil and flip it when it becomes golden brown along the edges, about 20 to 30 seconds. Set to cool on a paper towel lined plate.

Beans are always the bottom layer and should be spread first onto your frybread. They help everything else to stick :0) Then just finish topping with whatever you like and be sure to add a generous helping of red chile!

I have three recipes for homemade red Hatch chile sauce here on The Goldilocks Kitchen- one for chile powder, another for dried chile pods, and the third is for making sauce with fresh red chile peppers. Any one will work great with the recipe below, and when drizzled over your Navajo taco, will really put it over the top with that authentic delicious taste!

If you don’t want to tackle making homemade red chile sauce, you can easily order some and have it shipped right to your door from The Hatch Chile Store!

Why are Hatch Chiles so special?

Hatch Chile is world renown for it’s delicious flavor, due to the unique climate, soil composition, and cultivars that exist only in the Hatch valley of New Mexico. These factors combine to grow exceptional chile peppers with the perfect blend of smoky, sweet and hot flavor notes. More people discover Hatch Chiles each year, and their popularity continues to grow.

Growing up in New Mexico where chile peppers are an integral part of the culture, I know that Hatch chiles have earned a reputation for being the best of the best. I personally only use authentic Hatch in all my cooking because it simply tastes amazing. You should be able to find canned Hatch chile in any supermarket these days, or you can order it directly like I do. Frozen chile is much, much better tasting than canned!

The Hatch Chile Store is the premiere website for ordering your Hatch chile– they are incredibly good at shipping fresh authentic chile right to your door, whatever variety and hotness lever you prefer. It’s where I get all my Hatch Chile, and I must say the flavor really does stand out above any other chile pepper variety.

Head on over now to The Hatch Chile Store to stock up on the most delicious Hatch chile you can buy anywhere- they’ve always got great deals on your favorite products!

You know what else is fantastic? Simply giving this recipe a star rating and a comment below! Your comments and ratings are greatly appreciated by me AND the Google algorithm. Thank you!

Recipe for creating a batch of golden frybread you can top with your choice of taco toppings and Hatch red chile sauce for an authentic and delicious meal.

*Notes on working with frying oil* If you don’t have a food thermometer, you can tell the frying oil is to the correct temperature by sticking the handle of a wooden spoon into the oil. If it bubbles immediately and vigorously, it is ready. IF the oil beings to smell strongly- it is ‘smoking’ and has become too hot. Remove completely from heat for a few minutes to let it cool down to the proper temperature.

« What is Green Chili Salsa? 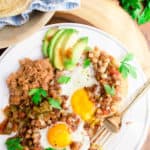 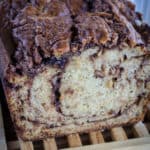 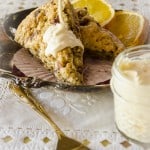 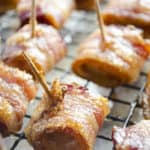 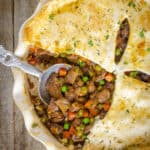