A piece of home sweet home wrapped up like a present, Baked Apple Dumplings are little gifts of love just begging to be opened. 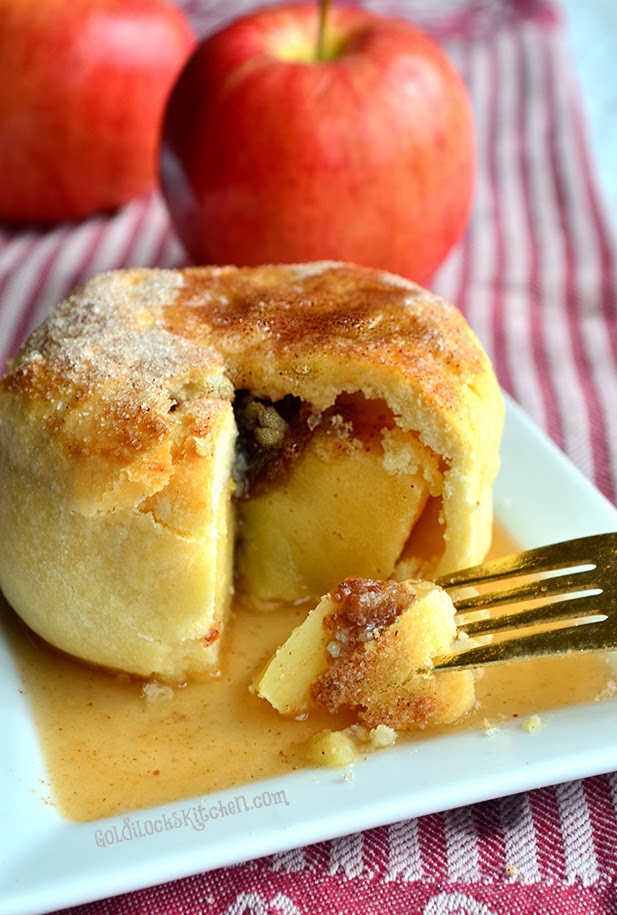 Drizzled with cider sauce, wrapped in buttery pastry dough, a Baked Apple Dumpling is your own personal apple pie! Inside each dumpling, you’ll be surprised to find an oh-so-sweet filling in the middle. Trust me, if you present these dumplings for dessert to your guests, they’ll be quite the show stopper. And if you try them, you’ll see why. 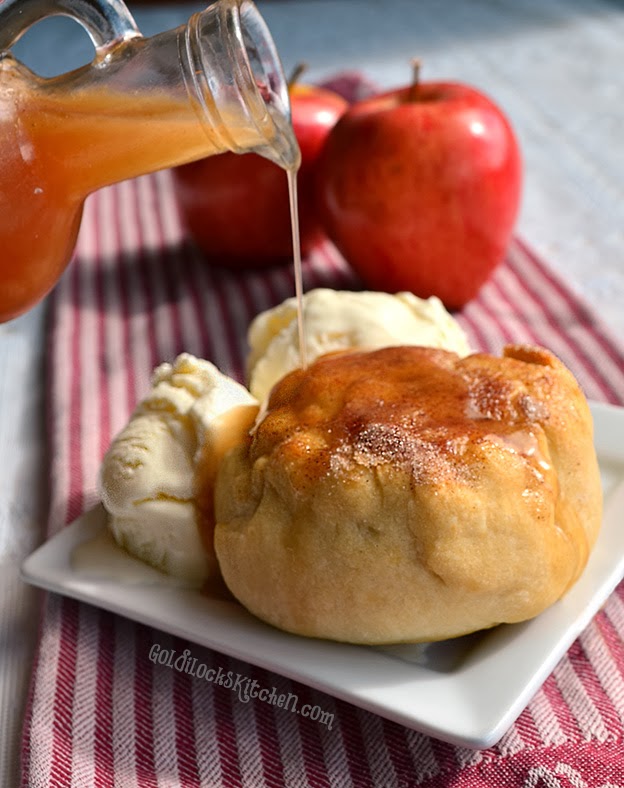 
This recipe will be easier for someone who is comfortable in the kitchen and has made pies before, but my instructions are detailed enough that even a beginner shouldn’t have trouble making these. The first thing I would suggest is making the Cider sauce and the pastry dough a day or two ahead of when you plan to bake the dumplings.

This pastry dough is made from scratch, using a food processor to do most of the work for you, which is really nice. A combination of chilled butter and shortening are processed into the flour until the contents look like wet sand. This took me a good couple of minutes, stopping periodically to scrape down the sides. My food processor is on the small side and a bit wimpy, so if you have a large capacity one it probably won’t take that long. Just remember ‘wet sand‘.

Then, you’ll combine the contents in a bowl with buttermilk (use store-bought, not homemade clabbered milk) and mix it together. You should have sticky dough. Dump it out and knead it on a floured surface a few times and it should be nice and soft. Work quickly, you don’t want the dough to become warm. Shape it according to the directions, wrap it up in plastic wrap, and put it in the fridge right away.

When I make the cider sauce, I keep my Pyrex 2 cup glass measuring cup next to the stove. While reducing the syrup down to the correct consistency, I periodically pour the contents from the pot into the measuring cup until it measures 1 and 1/2 cups.

As for the apples themselves, use Golden Delicious. If you want to try a different type, be sure it’s a crisp apple. Some apples, like McIntosh, can’t take the heat of the oven and will just turn into mush. A strong apple must be used. I tried Ambrosia apples (which are my new favorite and shown in the photographs below), and they were still hard after the recommended baking time. I had to cover the dumplings with foil so they wouldn’t burn and bake for an additional 14 minutes before they were soft!

These Baked Apple Dumplings are genius because they are cored and cut at the equator so they won’t wobble and spilling the filling. Use a melon baller or metal round teaspoon to remove the seeds, core, stems, and blossom remnants. I will sometimes get carried away with removing too much core and create a hole in the bottom. If you do this, no biggie, just fill it in with small bits of apple. No matter how fast I work, inevitably the first apples I have done are turning brown by the time I finish with the rest. Not to worry, it won’t affect the taste once they are baked. but I still try to work quickly anyway. 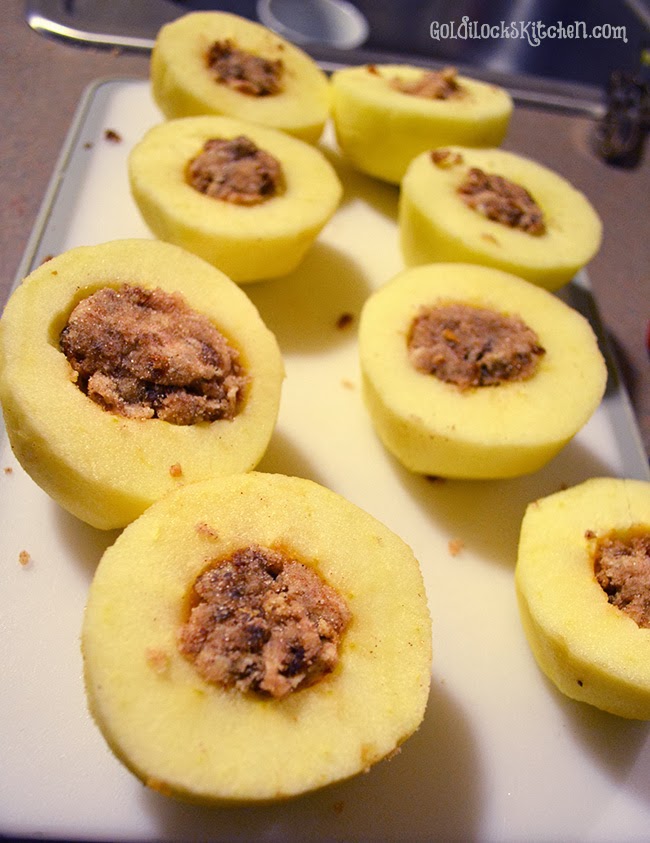 When I’m ready to assemble the dumplings, I have my filling already made and my dough just out of the fridge. Using some elbow grease, I roll it out cold on a lightly floured surface. Using a pizza cutter, I’ll divide the dough into four equal parts. It may split apart at the edges, but this is okay, you can mush it back together once you wrap the apple halves. It’s so much easier to work with cold dough. 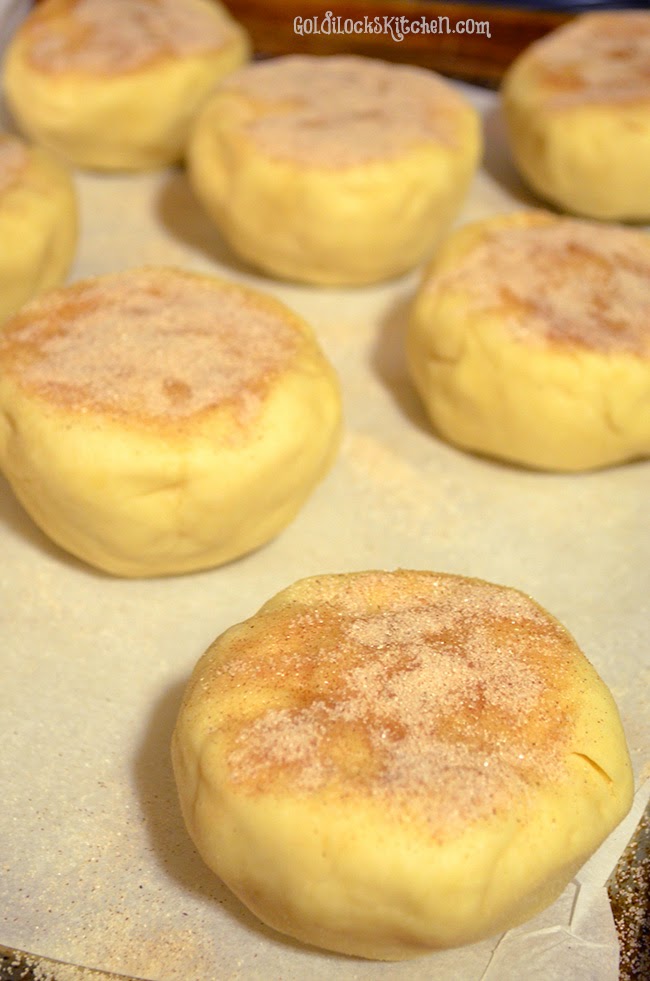 To avoid the dough sloughing off the apples in the oven, lightly apply the egg wash around the edges of your dough square and make sure you pinch, crimp and smooth the edges together well. I’ll even smoosh some thicker parts of dough (usually on top) to thinner parts of the apple (tends to be the bottom) for more even distribution. Check the bottoms for holes in the dough. Don’t forget to apply egg wash and cinnamon sugar to the tops before popping them in the oven! (Ask me how I know…)

Make sure you have some vanilla ice cream on hand to serve with these amazing dumplings. And please let me know how your experience goes with this recipe. I’d love to hear your feedback. I hope you find the end results worth the effort. Enjoy!

Equipment needed:  A food processor, rolling pin, small rounded scoop, and a baking sheet. A Pizza cutter is helpful but not necessary.

A delicious American classic wrapped up in a cute little package. Your own little apple pie wrapped in a sweet flaky crust. 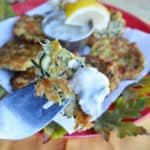 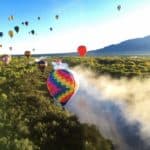 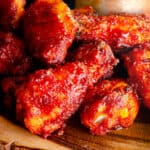 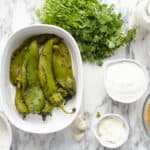 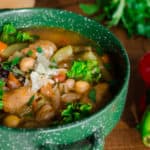